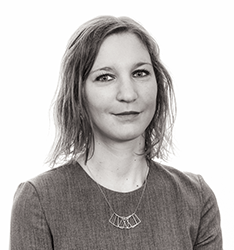 In concrete terms, what does “PR Director at Interface Tourism” mean?

A few years ago, Interface Tourism was mostly known (and renown) to be a representative agency for different tourism boards. Through this representative mission, we cover all kinds of activities: trade development with Tour Operators and travel agents, marketing through promotion campaigns and PR, a sector that has suffered from a lack of consideration for a long time in the global communication area.

By creating a department entirely dedicated to PR at Interface Tourism five years ago, we wanted to restore its standing to a job that deserves it: there is no good tourist promotion without a continuous and daily work with journalists, influencers and e-influencers who are the first ambassadors of the destinations we represent. Public relations are an integral part of our promotion strategies. Over time, our PR department has grown: today, we are a team of 7 people, entirely dedicated to PR and e-PR issues of the agency’s clients. Beyond the clients for whom we fulfill a global representation mission (with of course a PR component), we also have contracts that are 100% PR oriented, for clients such as Martinique island, Lisbon, and airlines like LATAM and WOW air, proving that PR have been newly leveraged at the core of any communication challenges for all the players in the tourism sector. And this is rather a good news for us, this means we have plenty of work ahead of us!

Yet, it has been said that PR was mainly consisting of eating finger foods every lunch time, drinking champagne every night and travelling every week. Do you deny this rumor?

Before Interface, you were working in a generalist agency with clients from different fields. How was it move to a specific field such as tourism?

It’s true that in my former agency (TBWA Corporate), I learned to work on various multiple topics, from the Health insurance issues to the challenges of cement industries through the merciless universe of pharmaceutic labs. There was something for everyone! And that’s what I liked because it helped me in developing my curiosity by forcing me to take interest in sectors that were not very familiar to me! I also had the chance to work for several years for Google France, a great challenge for the young communicant that I was. Besides, I already had a foothold in the tourism sector by working for easyJet airline, opening my path to the fabulous world of tourism

There are plenty of dream destinations at Interface Tourism. But who would you dream of working for?

If I were working abroad, I would love to work for Paris and promote it all over the world. Is there anything better than a pure Parisian girl to be its most sincere ambassador?

Can you tell us what was the most difficult challenge of your PR career?

Actually, it’s a challenge that I have to cope with every day: to make people understand the importance of public relations for the image of a brand, a company or a destination. This is sometimes complicated because usually, in the company, the Communications department is the only one that spends more money than it earns but we must get out of this simplistic vision think on the ROI on a much longer term.

Everything cannot be summed up with a well-filled address book and 2 glasses of champagne. There is nothing superficial in PR. According to me, our job is like a storyteller: to tell a story that suits its publics, and therefore that we adapt according to our audience. It means that we always need to go further, looking for news, stunts and unusual anecdotes to build this “little special thing” that will convince and above all, make people dream.

The year is coming to its end. Which PR or marketing operation has marked you in 2016?

I really like the campaign that Spotify has just launched simultaneously in 14 countries by using its own data collected on its users and by calling them and tickling them directly. I saw the campaign in France at Place de la Bastille and this really amused me. No one wants people to know that they cried hundreds of times on the “Sorry” song on Valentine’s Day!

I think people like when brands address them by talking about them directly. It creates a strong affinity bond. Actually, it made me change my Deezer subscription to Spotify!

It’s not always easy every day, I must admit…We have a lot of Bretons and Normans in the team who are always ready to defend their colors! But I am proud to be a real and true Parisian girl. The clichés about Parisian people are tenacious but unfortunately, they are often true!

I like to play the Parisian girl! By making fun of myself, I am pulling the rug out from under 🙂

By the way, I leave the capital this weekend for an experience in the countryside in the south of Paris. This proves that I am open-minded, right? 😉

So, when you don’t drink champagne and when you are not travelling over the world, what are you doing during your free time?

I have a very busy agenda. It would be too long to explain… 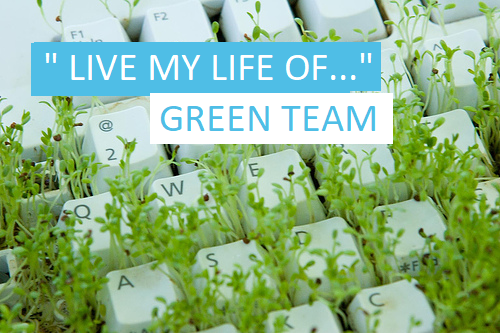 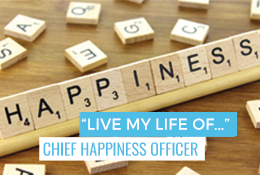