The importance of international associations in the congress sector 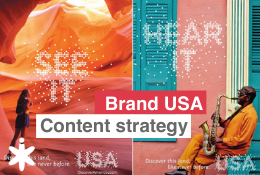 Brand USA :
All for contents and contents for all Paris La Géode theater, Wednesday, May 30, 2018. 400 people gathered in the lobby of the IMAX theater of the Cité des Sciences of the 19th district of Paris. Some hastened to lean toward the door leading backstage, hoping to see the singer Aloe Blacc, who came especially for the occasion. Others enjoy a drink to cheer with colleagues they have not seen for a long time. Did these guests come for a VIP event? A movie premiere? A live performance? In fact, all of these is a little true. These travel trade professionals came to assist to the promotion of one destination: the United States.

« America’s Musical Journey » is a documentary feature like no others. During 45 minutes, we are engaged into the American history of music through the presentation of different regions of the United States, thus reviewing the many opportunities offered by this multi-destination. This innovative marketing device imagined and co-produced by Brand USA, the US-based tourism promotion organization around the world 50% funded with ESTA (the US Government’s Visa Waiver Program for Selected Countries), “America’s Musical Journey” is the second installment of a trilogy of documentaries distributed in IMAX theaters around the world, which alone has already generated 172,000 additional visits and increased visitor spending by $73 million! (source: Phocuswright and Oxford Economics) Released in 2015 and now available on Netflix in selected countries, “National Park Adventure” was leading a content strategy that Brand USA has put in place to improve the overall image of the country, and inspire travelers from around the world to visit the 50 states, 5 territories and DC. In addition to many media actions, partnerships followed up, as the playlists developed with Spotify, putting music at the heart of travel proposals, or the podcast series launched with Expedia, « Sound of Travel », leading to direct sales to the United States. Brand USA has been developing its own online content channel on Amazon Fire, Chromecast, Roku and Apple TV: GoUSA TV. Those are part of the many marketing campaigns Brand USA is implementing, using all channels to influence travelers and push them to the immediate act of purchase.

Created in 2009 by the Travel Promotion Act and effective since 2011, Brand USA already generated 1.16 million incremental visits of tourists, and $4.1 billion spends on US soil, according to a study from Oxford University. This a Return on Investment of 29 for a marketing budget of $140 million. An overall economic impact of $ 8.5 billion! French media made sure to report this. For France, ninth country in terms of visits to the United States, Brand USA contracted Interface Tourism France for its marketing representation in the country (in Spain and Italy as well, with Interface Tourism Spain and Italy respectively). Its content strategy is now used in a market that has its own specificities and where, for the United States, the direct consumer has never been so important to influence. France is a repeater market, with nearly 60% of repeaters according to Visit USA Committee France’s estimations. Interface Tourism France has put in place a strategy to maintain and increase sales, and capitalize on the dynamic created by the headquarters to develop the multi-destination and thus to represent its variety. As an example, multi-state itineraries developed by HQ -available on the travel trade dedicated website – are now presented to French travel trade through monthly webinars, enhancing the current state of US production in France. The organization of the big launch of America’s Musical Journey in France reminded us how Brand USA’s strategy was not only visionary, but after the image of its country of origin: « Dream big, or go home! » 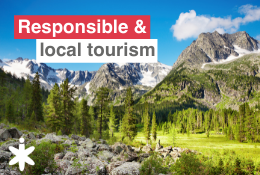 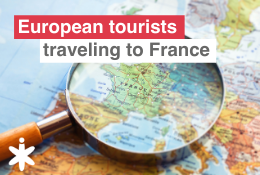 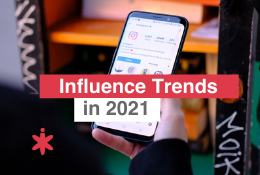